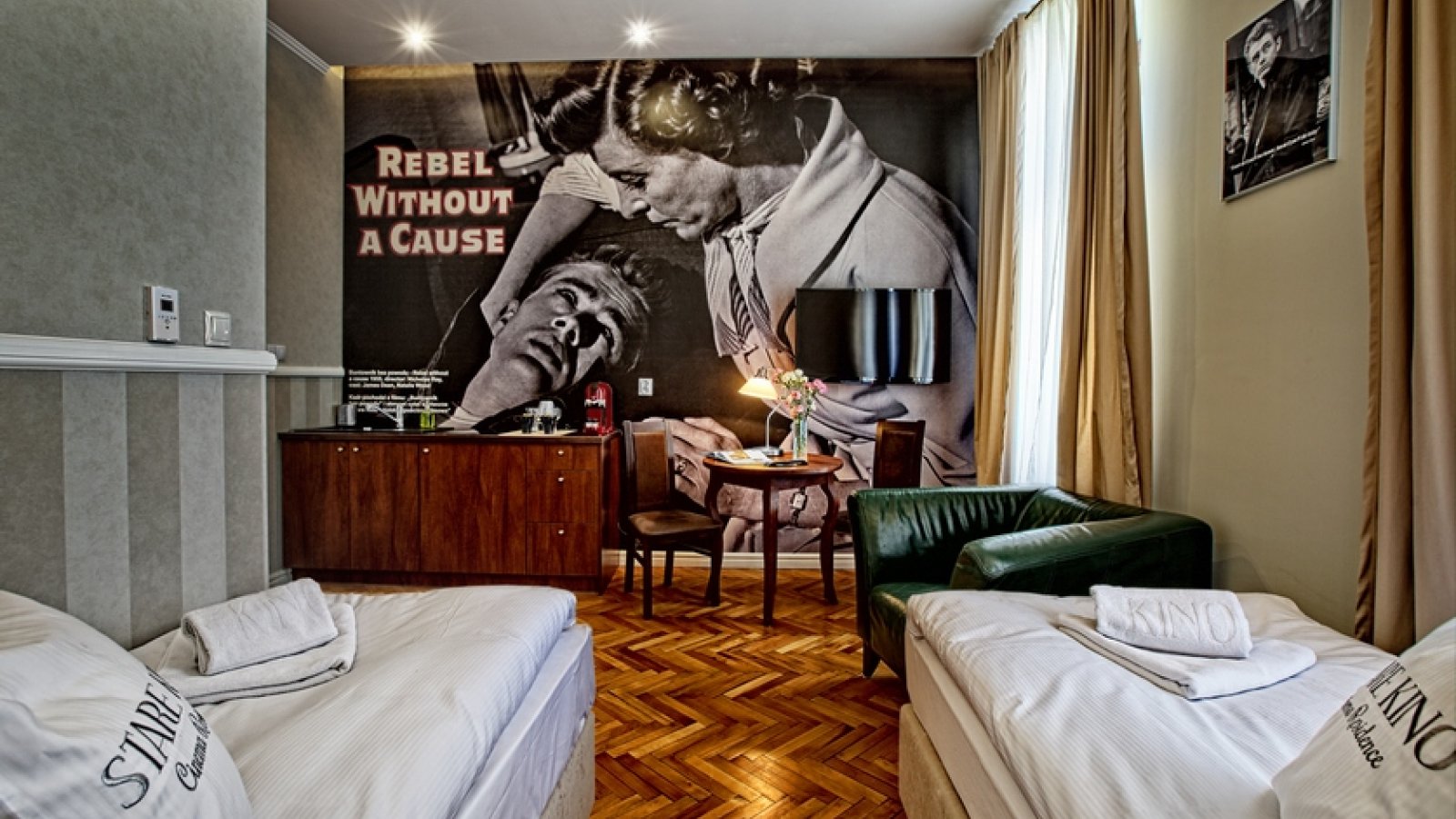 "Rebel Without a Cause”, twin suite

Information about the apartment

A night with James Dean? Her it is possible! Explore the tale of the adolescence, friendship, family and timeless rebellion of Jim Stark. Are you ready to travel back in time to the America of the 60s of the twentieth century?

Relying on the combination of solid wooden furniture and film details we have managed to create a comfortable apartment, dwelled by a legend of American cinema – James Dean. His character will accompany you throughout your entire stay – especially on the large wall mural with a still from "Rebel Without a Cause" visible from the cozy sleeping area with two comfortable beds.

The suite has a spacious bathroom with a shower cabin, fully-equipped kitchenette, large TV and unlimited access to high-speed WiFi network.

In 2001, the American Film Institute named the "Rebel without a Cause" as the 59th in the ranking of one hundred most unforgettable film hits of all time, while James Dean himself was honored with a BAFTA Award nomination.